Russia is active in research, fishery and exploration in the Arctic Ocean and everything at large-scale! 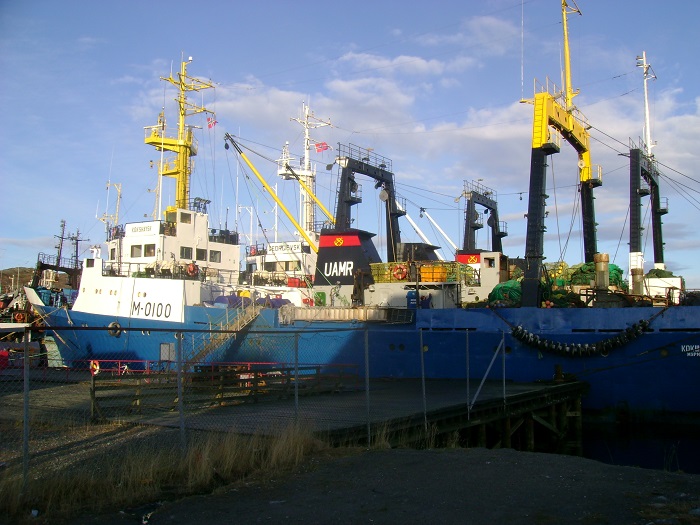 Eight Arctic countries are on this planet. These are Canada, Finland, Greenland (Denmark), Iceland, Norway, Russia, Sweden and the United States. Most of them have shown stronger interest in the areas North of the Polar Circle in recent years (on- and offshore). All Arctic coastal states, except Iceland have filed a claim for territories in the Arctic Ocean beyond the exclusive economic zone of 200 nautical miles from their own shores. A main incentive for a state to claim the “North Pole” is largely based on the natural resources that are located in the Arctic Ocean.

However there are other reasons to be active in the Arctic!

I live and work in Rovaniemi, Finland at the Polar Circle and I follow issues and discourses related to the Arctic on a daily base. I wonder why the Russians seem to be by far the most active of all Arctic states to explore the Arctic further. This beyond the pursuit to new oil and gas fields. Russia has by far the largest fleet of icebreakers in the Arctic Ocean and they invest plenty into new icebreakers and polar research vessels as well.

Since the 1930s Russia had installed more than 40 drifting research ice stations in the Arctic on large and solid ice floes. Researchers work there often for many months and cover scientific fields such as meteorology, marine biology, aerology, geophysics, oceanology, ice studies, hydrophysics and hydrochemistry. Many significant discoveries had been made over the decades allowing a better understanding of numerous features of planet earth. This is particular of interest in these days by facing the challenges of climate change.

Global warming and retreating sea ice also complicates the surge for doing research on drifting ice floes. Floes solid and big enough to carry a polar research station become rare. Moreover, the persistence of the floes is not as secure as it was in the past, due to too warm periods nowadays. To counteract this development, the Russian Meteorological Service Roshydromet initiates a project of a new research platform, which is actually a vessel. Up to 50 researchers can continue (planned from 2020 onwards) to solve the Arctic mysteries to find solutions to cope with the future challenges that are not relevant in the Arctic only, but for the entire planet.

Arctic Values goes beyond the conventional thinking of monetary and shareholder values. The Arctic is a unique place and offers a myriad of unique values, that provide a surplus to everybody, who is linked to this great region in one way or the other.